Taylor Swift’s new album ‘Red’ sold 1.21 million copies, making it the biggest sales week for an album since 2002. I believe that aside from her incredible natural talent and charm, it was the use of social media that helped her sell this many albums. Taylor Swift turned to Twitter, Facebook, television, Youtube and Instagram to help promote her new album.

A few weeks before Taylor released the actual album, every Tuesday she would release one single from the album. She informed her fans about the release of the new song by tweeting about it and posting about it on her Facebook page. I am a huge Taylor Swift fan and could not wait for her new album to be released. I had been waiting two years since her last album ‘Speak Now’ was released in 2010. It was a huge tease to release only one song per week, although it got me extra excited for the whole album to be released since I loved the few songs she did release early. I am not a morning person, but I would wake up early every Tuesday before school just to download her newly released song so that I could have it on my iPhone and listen to the song all day. I was so happy I finally got some new Taylor Swift songs to listen to after all this time.

I knew the actual date that the whole album was to be released, but since I do not check iTunes everyday, I would have never know about the early released songs had it not been for Taylor’s use of Twitter, Instagram and Facebook.

As the countdown began to the release of the album ‘Red’, Taylor Swift started tweeting and instagraming pictures of how many days were left until the album came out. She did this in a very creative way by using objects and people. Notice how she used this opportunity to also advertise her fragrance by using it as one of the countdown pictures. This girl is a genius and very good at promoting herself and her work.

This countdown creating so much anticipation and excitement for her fans. She was engaging everyone in the release of her new album which helped her sell so many albums. 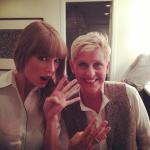 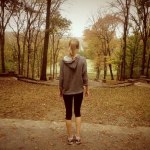 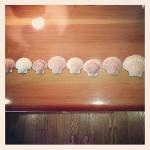 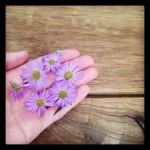 Every Monday before the album was released, Taylor would go the television program, Good Morning America and give an explanation about what the song she was about to release was all about. Following her explanation was a short preview of the song. It was a great teaser. Then on Tuesday at 12:00am, that song that was previewed on Good Morning America would be released on iTunes for the public.

Taylor Swift turned to social media to announce the places she will be touring to promote ‘Red’.

Taylor Swift used so many different sources of social media to promote her new album and advertise her work. She used multiple media sources to get in touch with all of her fans and she was also able to receive feedback from them as a result. She did a wonderful job promoting and advertising her new album. It is a fantastic and very well written album and I suggest everyone to check it out and listen.